“It draws the strength it needs to call upon that higher power fromthe collective spirit & vision of the people who create it.” (Circle the Earth)

Anna Halprin’s Planetary Dance, aka Circle the Earth, is  a dance performed in the spirit of peace. The ritual stems  from a folkloric-like tale that is true and legendary,  manifested on top of Mt. Tamalpais in the San Francisco  Bay Area. From 1979-1981, six women were murdered on top of  this mountain, leaving Marin County enraged &  helpless. Along with her husband & workshop  participants, post-modern, dancer, choreographer, &  healer, Anna Halprin, decided to enact a positive dance  ritual: In and On the Mountain. Scaling the mountain,  the ritual lasted for several days & a few days later, police caught the  serial killer. Following the ritual, Don Jose Mitsuwa, a 109 year-old Huichol shaman visited Anna & told her, “This mountain is one of the most sacred places on Earth. I believe in what your people did but to be successful in purifying this mountain, you must return to it & dance for five years” (Circle the Earth). Thirty years later, Anna is still leading the Planetary Dance in workshops and communities around the world. Recently, she began training community activists in leading their own dances. I was blessed this past September with the opportunity to assist Anna in her workshop at the Somatic Movement Arts Festival, L.A. where she taught Movement Ritual I & the Planetary Dance.

Movement Ritual I begins with breath. Collectively, participants inhaled, exhaled, & relaxed in spaces of emptiness. Bodies rolled through the spine, released hips, thighs & knees to the floor & melted into small supported balls. The energy in the room was heavy & focused, as movers dived deep inside. With imagery, and body/mind connection exercises, participants began to discover how their subconscious reflects their physical states. At one point, Anna spoke about ways spirituality influences her teaching practices:

“We all have our way of dealing with spirituality, but I’ve been dealing with trying to find new segways so people can naturally began to learn how to work together…On Sunday I’ll be working with relationships, relationship & development, like how do you get past the corrupt politics of the times and get to begin settling elements of our differences. That’s my next experiment…That’s the work”

Later in the afternoon participants re-gathered to take part in the Planetary Dance. The Planetary Dance is a ritual for everyone, no matter his or her ability or age. The ceremony creates a cycle of Mandala patterns, where the outside circle starts faster, freer & more open, & the inside circle moves at a medium pace. A third pathway on the inside resembles a chant-like walk, and at the core of the cipher are musicians and witnesses. The dance always moves to rhythmic pulse & drumbeats, creating a kinesthetic trance. To start, dancers shout out their dedication & purpose for their dance. They dedicate their dance to someone or some cause that is important in their life. Dedications are always for someone other than themselves. The repeating prayers get poured into the atmosphere & the music & movement create a powerful vortex to communicate with spiritual forces. Prayers include dedications to family members fighting cancer, victims of sexual abuse, pleas for changes in legislation, relief for those struggling in poverty, and more. As you run for your cause, you feel empathy. The prayers of others become your prayers. The dance unites the people into one whole organism & being.

“When enough people move together in a common pulse with a common purpose, an amazing force, an ecstatic rhythm eventually takes over. People stop moving as individuals & begin to move as if they were parts of a single body, not in uniform motion, but in deeply interrelated ways. In these archetypal movements they seem to be tracing out the forms & patterns of a larger organism, communicating with & being moved by a group spirit.” (Circle the Earth)

As the day progressed, I felt better & better. During the Planetary Dance I ran & I cried. I sang my heart out, I joined with others, & I felt whole. I became renewed with a sense of energy, motivation, & love that I could not find hours before. I had a positive outlook on life. I felt cleansed, & in a way, I felt baptized & I realized, we just don’t do these types of rituals enough. We do not dance in our communities enough & we do not worship together enough. We are here together to support each other; we have the power to come together to make positive change happen. The ancients did it for thousands of years. The youths are doing it now in Occupy Wall Street protests. Gathering together to pray and ask for positive change is part of our humanity & functioning on this earth. It is vital for us to gather in groups to praise, open, & balance ourselves. Our moving spiritually & physically together is what is going to get us through the hardships. I believe it is what has kept Anna moving at ninety years old. The Planetary Dance is a gift & tool we have to bring us together to make peace, & that is sacred. Planetary Dance, thank you.

For more info on the Planetary Dance visit: www.planetarydance.org

Cherie Hill is a creative artist, dancer, performer, teacher and scholar, whose art explores human expression and how it is conveyed through the body in collaboration with nature, music and visual imagery. She teaches creative dance and modern dance improvisation at Luna Dance Institute, is former Co-Vice President of the Sacred Dance Guild, and a research assistant for Hip-hop dance legend, Rennie Harris. She holds a BA in Dance and Performance studies from UC Berkeley, and a MFA from the University of CO Boulder. To read more about her upcoming projects visit iriedance.com.

Error: Twitter did not respond. Please wait a few minutes and refresh this page. 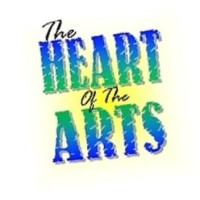 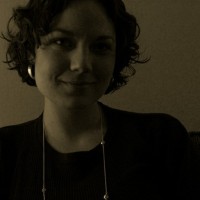 Your Word for This Day

A Daily Devotional from Victory in The Word Outreach Int'l

An inside look at dance in and from the land of One Love.

The Hidden Language of the Soul

The latest news on WordPress.com and the WordPress community.